The summer is a quiet time on the Jewish ritual calendar. This is no surprise for a Levantine culture that predates air conditioning by several millennia. The main ritual event of summer is the three weeks of mourning the destruction of the Temple, known as בין המצרים (bein ha-m’tzarim, “Between the Straits”), which are observed from the 17th of Tammuz (anniversary of the Babylonian Nebuchadnezzar’s breaching of Jerusalem’s walls) to the 9th of Av (anniversary of the destruction both of the First Temple by the Babylonians in 586 BCE and of the Second Temple by the Romans in 70 CE). This year, those two dates will fall on Shabbat, so the fasting and other observances will be postponed to the following Sunday, which correspond to the 17th of July and 7th of August, respectively. The former is a daylight fast, while the latter is a full 24 hour fast. Of course, the Jewish calendar also predates the modern school calendar and the concept of summer vacation, so the sense of mourning between those two dates is often limited to certain ritual particulars such as not scheduling weddings in that span.

A sign of the unique character of the Jewish People, and of the influence of our prophets, is found in the simple fact that Jewish tradition assigns blame for the Destruction(s), and the associated loss of life, loss of sovereignty, millennia of exile, and all the other repercussions of these events directly onto our own sins, particularly what we call שנאת חינם (sin’at chinam, “free,” baseless hatred of one another). Think how unusual this is! When the German volk suffered calamity in and after the First World War, they blamed Jews, Gypsies, communists – anyone and everyone but themselves – and made those people pay in blood. When the Palestinians suffered what they term “catastrophe,” they blamed Israel, deciding that violent retribution was more valuable than building a healthy civil society of their own, and that this made not only Israelis but Jews anywhere in the world appropriate targets for that retribution. When White Nationalists in this country see their cultural influence declining, they take to the streets chanting “Jews will not replace us.”

Ok, so far it seems our tradition is in good company in blaming the Jews for our problems, but even though we are the world’s favorite scapegoat, there are any number of examples we could choose of people finding a way to blame someone “other” for their problems, even when their “other” is not the Jews. It is truly rare to see a culture say, “even if an outside power was the instrument of our downfall, the fault lies ultimately with us.” Most importantly, it is only when we hold ourselves and our own failings accountable for our problems, in whole or in part, that we can learn, grow, change, and become better through the experience of our own suffering and the exposure of our own flaws. If we are always sure that, no matter what we did, someone else is always to blame for our problems, then all we can do is take revenge and spread suffering around; we can’t diminish our own suffering or anyone else’s.

The three weeks between the straits also begin a ten week countdown to the High Holy Days, when we will focus on very similar issues, but on the personal scale. In most times, I would say that the summer mourning observance gives us a chance to get a head start on our personal work of חשבון הנפש (cheshbon ha-nefesh, introspection) in preparation for the Days of Awe. Lately, it seems to me it is well we take this time to focus distinctly on holding ourselves and our own groups accountable to grow from our mistakes, rather than blame and punish everyone but ourselves, on the national and international scales as well. May this message of our tradition of summertime mourning permeate the halls of power and influence in Washington and New York, in Hollywood and Silicon Valley, in Jerusalem and Ramallah and Gaza and Tehran, in Moscow and Kyiv, in Beijing and Taipei, in Pyongyang and Seoul, and… you get the idea.

P.S. This is not to suggest we should not fight or protect ourselves from from someone who would do us harm, on the collective or personal level. Rather, that alongside that, we should consider our own actions and choices, and how they may have helped expose us to that harmful intent. 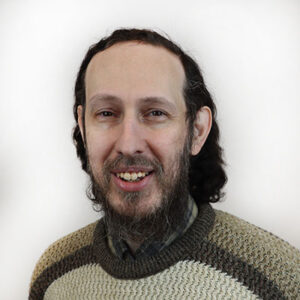